In a perfect world every cell produced would be exactly the same but this is not possible as there are factors in cell manufacturing that impact the cells capacity (mAh) and the internal resistance (IR).  Cells with a bit less mAh will discharge lower than ones with higher mAh.  Cells with higher IR will discharge less then cells with lower IR.  The factories will match the cells before assembling them into packs.  Once again in a perfect world the equipment used to match cells would all be the same and perfectly calibrated but just like cells there can be a bit of fluctuation.  The cell testing cabinets have multiple channels so it’s hard to have every channel be perfectly calibrated.  See picture below to see a cell testing cabinet.  Another thing that can fluctuate is the calibration of the charger used to charge the pack.  It’s pretty common to have a small fluctuation in how the charger measures the voltages of each cell in a pack.  This means even if a pack would have perfectly matched cells for mAh and IR there is still the chance cells will discharge at different levels as you discharge them down close to 0 mAh. 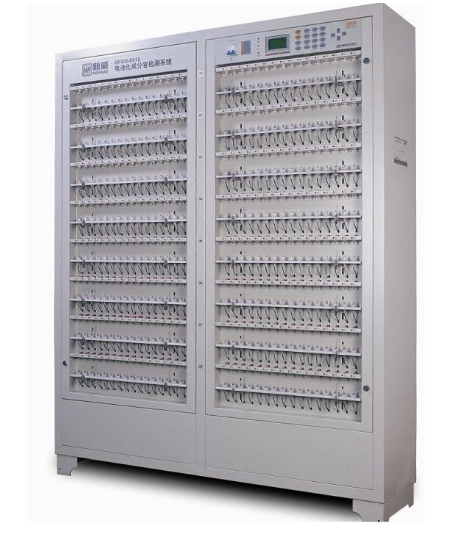 To show all of this I used a 1500-4S pack.  I charged it on a charger I know is well calibrated.  Once the charge was done I took a picture to show the cells voltages and IR.  I then discharged the pack at 5 amps down to 12V which is the equivalent of 3V per cell.   An ESC even if the cutoff is set per cell will use the total pack voltage to cutoff as it has no way to know what the cells voltages are.  Doing a 5 amp discharge down to 12V pretty much fully discharges the cells.  The two pictures below show the cell voltages and the IR of the cells after the charge and after the discharge. As you can see with fully discharged cells that were well charged and in balance the voltages of each cell is different.  This is due to the cell matching not being perfect as described above. 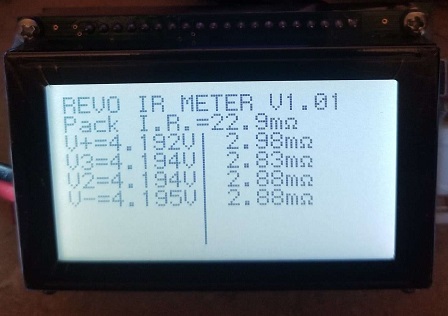 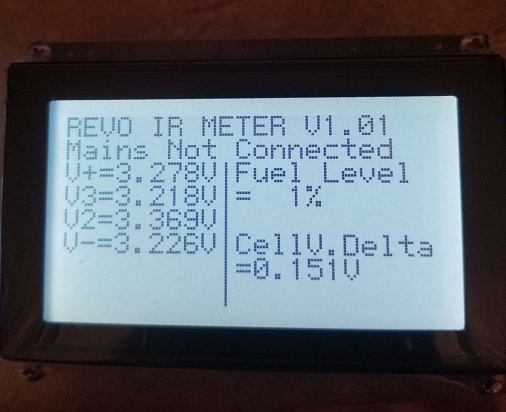 This second test is on the same pack and I used a charger that I know is not as well calibrated as the one used in the first test.  In fact cell 4 always gets charged 0.01V or so higher than the other cells.   This will put more mAh into cell 4.   You can see the two pictures below that show the voltage of the cells using this different charger and the cell voltages after discharge. In the first test cell 3 was the highest cell after discharge.  The other 3 cells were similar.   In this second test cell 4 has more charge in it due to the charger overcharging this cell by 0.01V.   You can now see in the discharge results that cell 4 is higher than it was in the first test.  Cell 3 stayed about the same and cell 1 and 2 discharged down lower which is normal as they were charged pretty much at the same level as the first test.  Since the discharger uses 12V to cutoff by having cell 4 at higher voltage it got the other cells to discharge a bit more then in the first test. 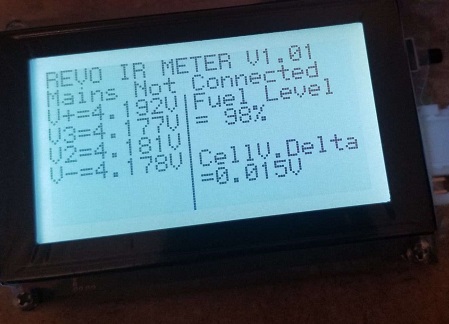 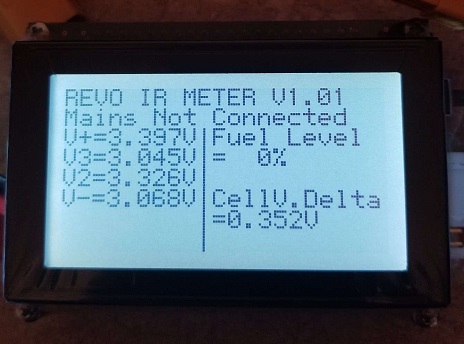 This third test shows the same 1500-4S pack charged on the same charger as in test two which isn’t perfectly calibrated but this time I set the cutoff at 14.4V which is the equivalent of 3.6V per cell.  As you can see in the picture below the cells are allot closer in voltage when a higher cutoff is used.  It's also to be noted to increase cycle life you should only use 80% of the packs mAh.  So at 14.4V or 3.6V per cell there is only 9% mAh left in the pack. Ideally you would want the cells to be around 3.75V after they have cooled down to have better cycle life. 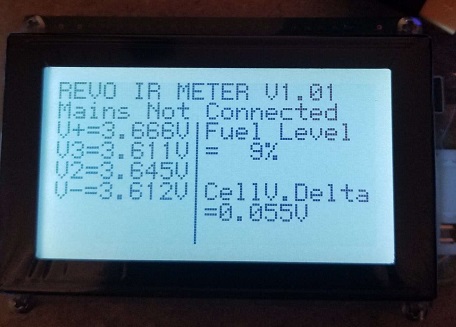 Hope this test can be helpful and if anyone has any questions feel free to email us.